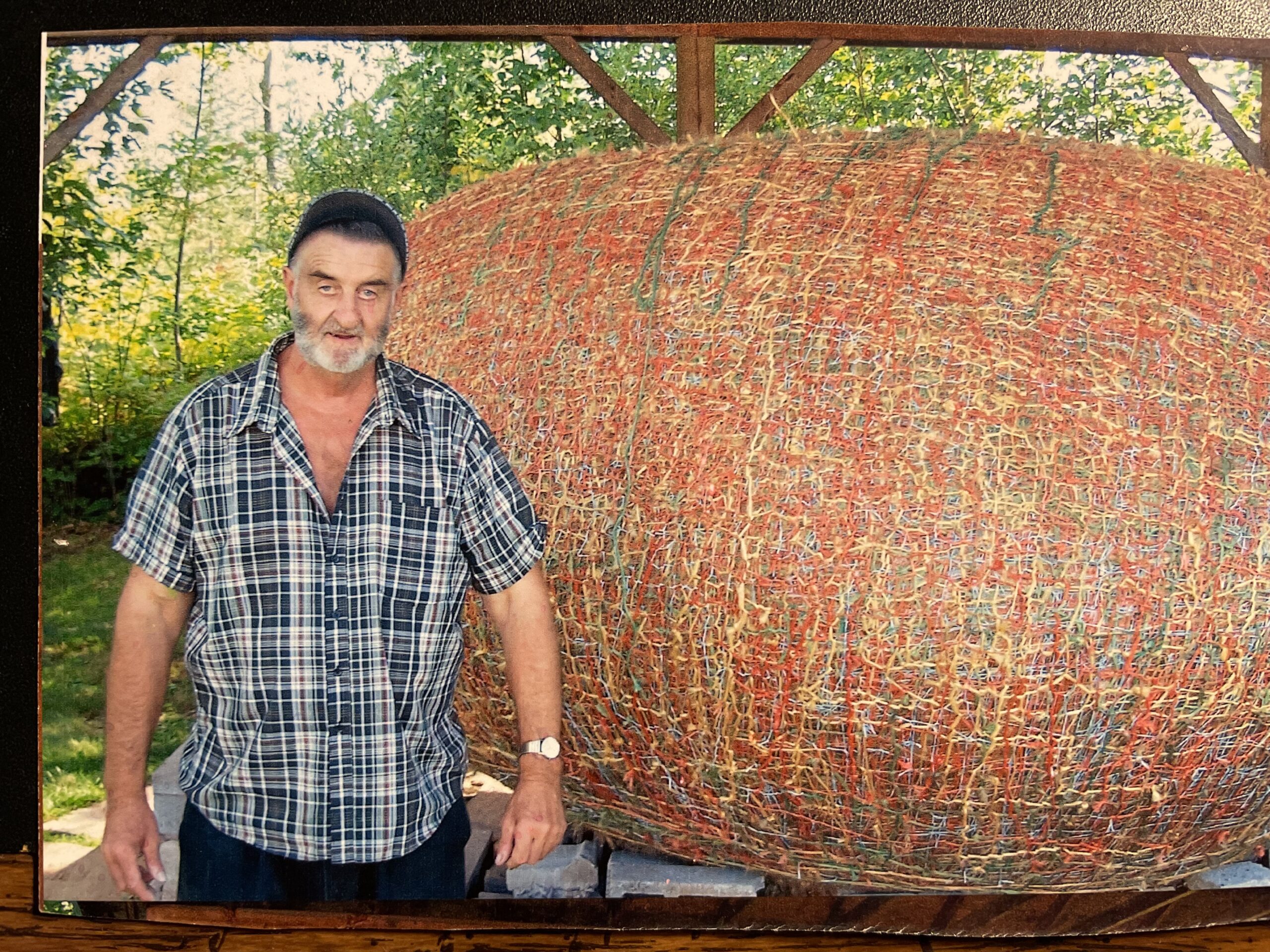 Internationally known as the Famous Twine Man for his life’s work.  By having a “ball” while winding twine over and under he created his 24,100-pound twine ball over the past 42 years.  The ball was reported on by CBS News, Katie Couric and numerous magazines and new articles.  Many visitors, both local, from throughout the US, as well as from many foreign countries came to view “The Ball” and discuss its creation with JFK.  Additionally, JFK had a smaller “Junior” ball which visitors held up in their pictures.

JFK was recognized by the Town of Highland for his 50 years of service and produced monetary savings.  Their Transfer Station was named the JFK, James Frank Kotera Transfer Station.

Preceding him in death were his parents Barbara and Frank Kotera.

He is survived by his brother, Tom; his sister, Rose (Kurt) Graves; and nephews, John (Jolene Shelafoe) Graves and Mark (Anna) Graves.

The family would like to thank the Twin Ports Health Services and the St. Mary’s Hospice for their loving care shown to JFK.

JFK will be missed!

Please leave your condolences for the family online at www.bratley-nelsonchapels.com.